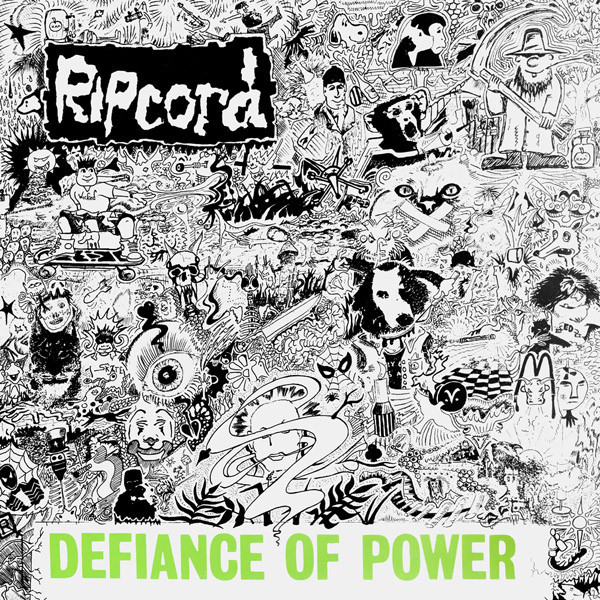 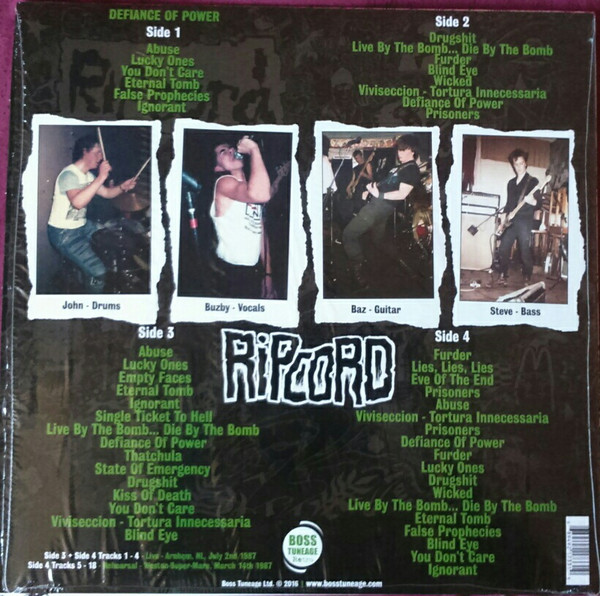 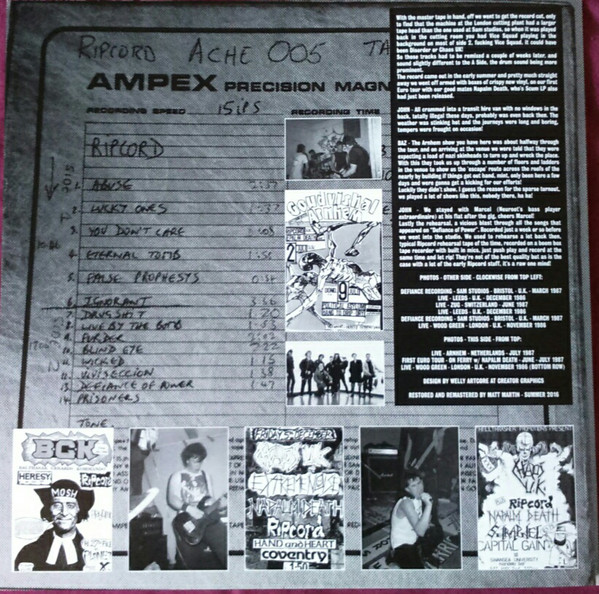 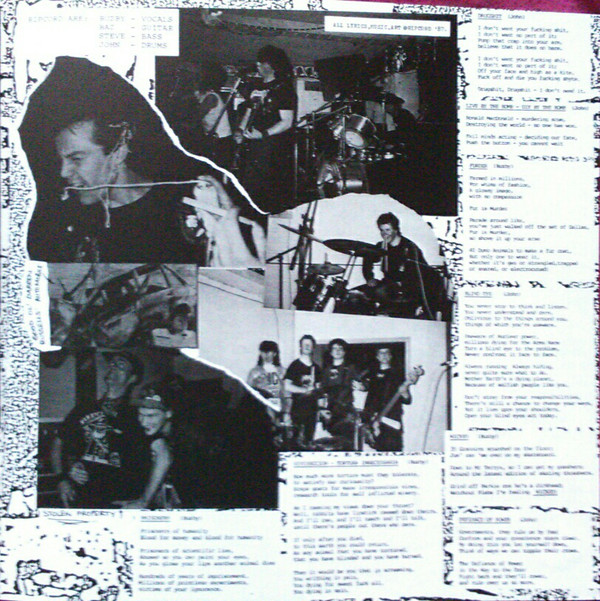 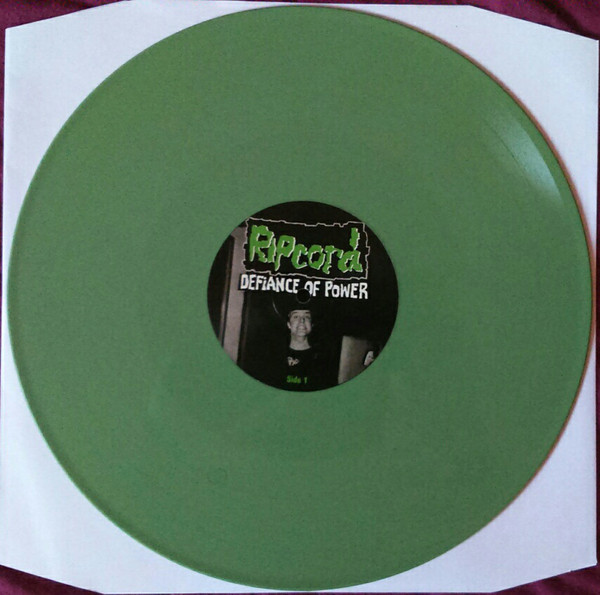 RIPCORD are one of the most highly respected bands of the whole late 80s UK Hardcore punk scene, who’s influence can still be felt today in hardcore punk. In 2016, the band will reform for two final shows, their first shows since 1988, and to co-incide with these two shows Boss Tuneage is delighted to make expanded versions of their two classic albums available again!
“DEFIANCE OF POWER” is the legendary debut album, released originally in 1987 on the classic Manic Ears label, following on from their legendary “THE DAMAGE IS DONE” flexi disc.
Here the original 14 tracks have been digitally re mastered, and then coupled with not only an immense live show recorded July 2nd 1987 in Arnhem in the Netherlands, but also a band rehearsal recorded March 14th 1987 – none of these 33 tracks in total have ever been released before !
Featuring lots of unseen footage and liner notes from Baz and John from the band, our expanded version of DEFIANCE OF POWER gives this UK Hardcore classic the loving treatment it deserves!
Available on CD or limited edition coloured double Vinyl LP with CD of all tracks included.