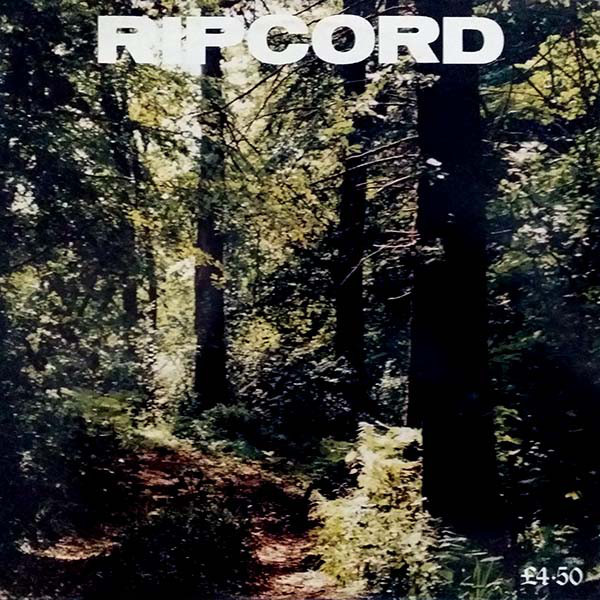 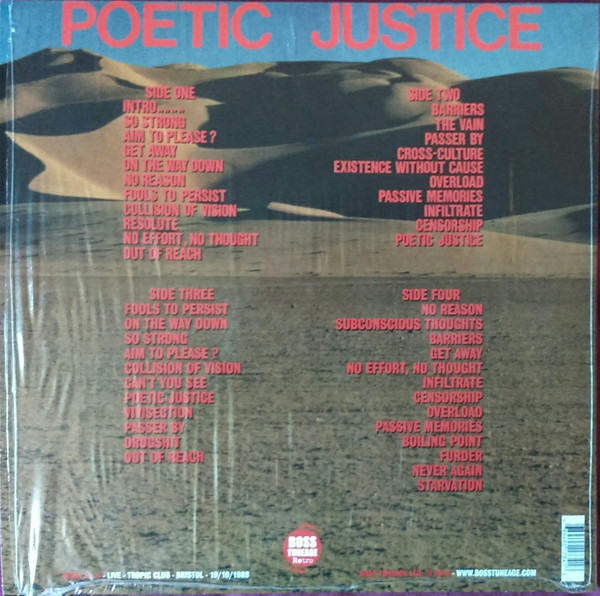 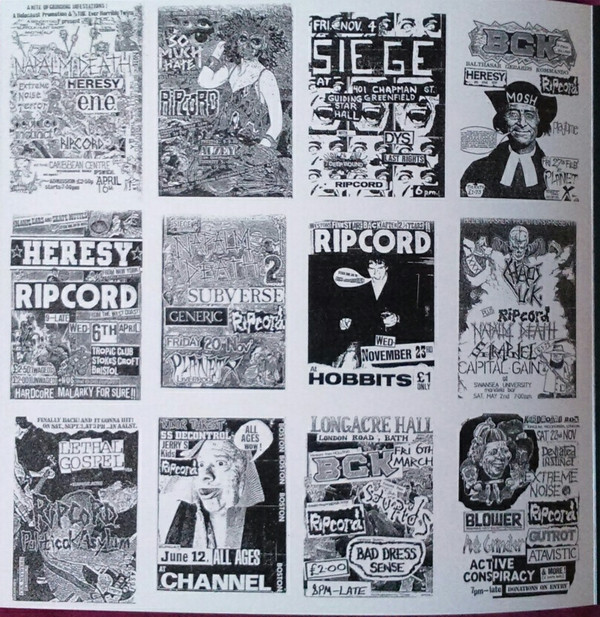 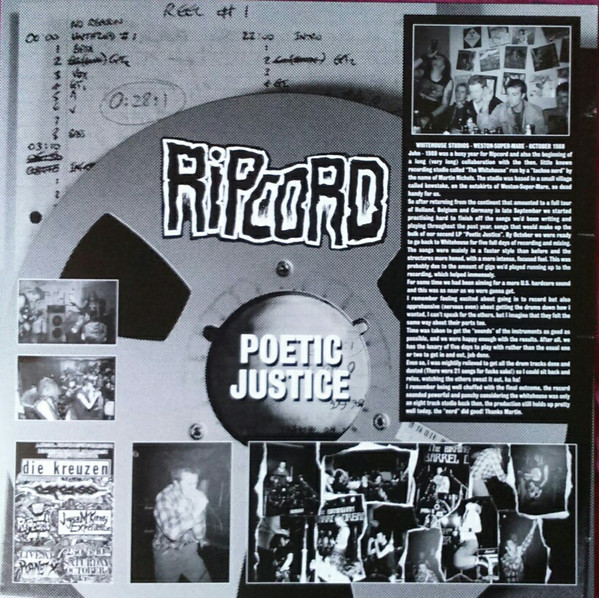 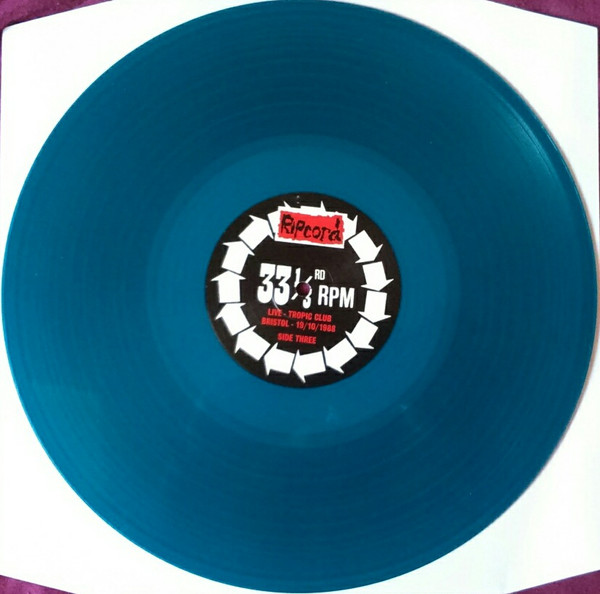 “POETIC JUSTICE” was the bands second and final album, released originally in 1988 on their own Raging Records label.
Here the original 21 tracks have been digitally remastered, and then coupled with an awesome live show recorded in Bristol – none of these 24 tracks in total have ever been released before !
Featuring lots of unseen photos and memorobilia  and liner notes from Baz and John from the band, our expanded version of POETIC JUSTICE gives this UK Hardcore classic the loving treatment it deserves!
Available on CD or limited edition coloured double Vinyl LP with CD of all tracks included.