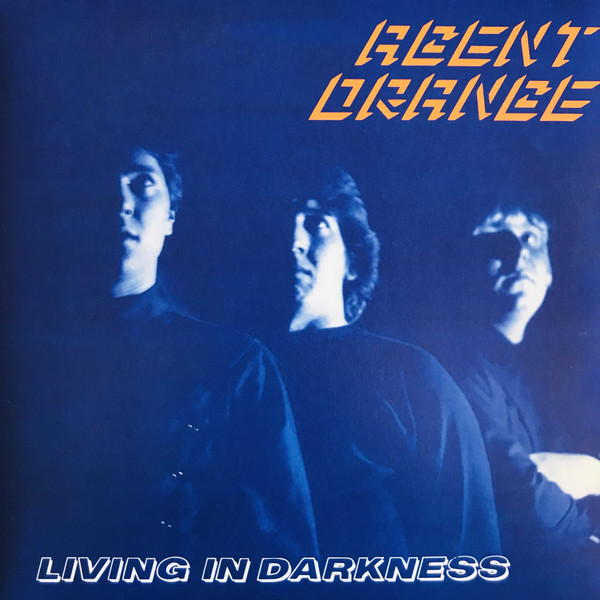 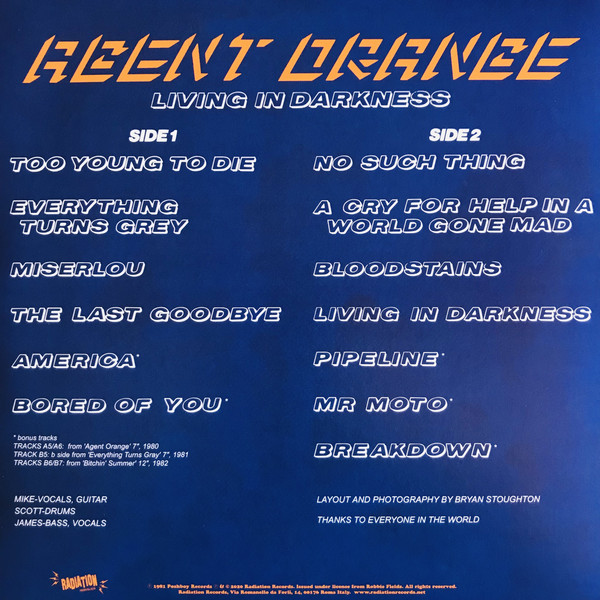 Adventurous southern California punk trio Agent Orange was the first band to mix surf rock with punk. The group was formed in 1979 in Placentia, a small town close to Fullerton and Anaheim, by front man Mike Palm on guitar and lead vocals, Steve Soto on bass, and Scott Miller on drums. That early line-up recorded the classic version of “Bloodstains” in 1979 as a demo produced by Daniel R. van Patten (of the group Berlin). A year later it was included on the seminal Rodney On The Roq compilation album released by Posh Boy Records. Meanwhile, James Levesque had replaced Steve Soto (Adolescents) and the new line-up released their own self-produced and self-released 7″ EP in 1980.