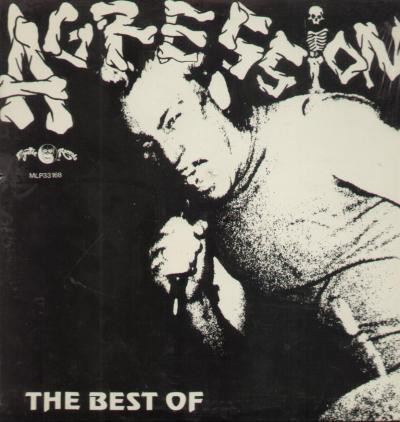 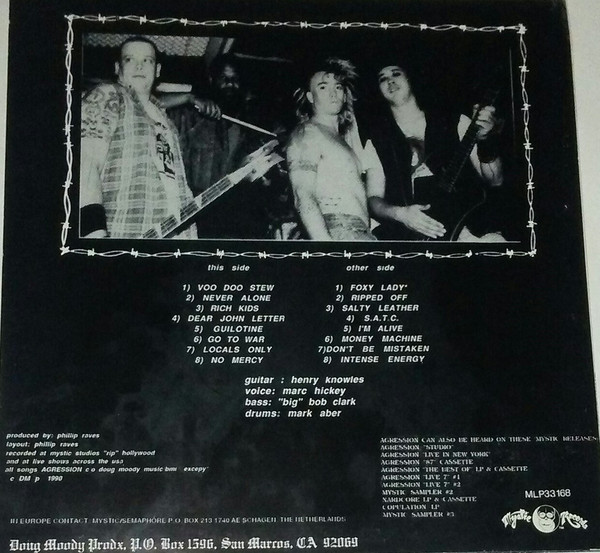 LP Agression – The Best Of

LP Agression – The Best Of

Agression is an American hardcore punk band from Oxnard, California, US. Agression was one of the first bands of the “Nardcore” scene and an early example of the “skate punk” style. The band fused skate culture with the punk scene, featuring a song about skateboarding (“Intense Energy”) and a Glen Friedman photo of Arthur Lake skating a pool on their first and most popular album, Don’t Be Mistaken.

The band is known for its fast-paced, aggressive songs such as “Slammin’ at the Club”, “Money Machine”, “Dear John Letter”, “Never Alone”, “Go to War”, and “Locals Only”.

Classic Agression during the Mystic Years. Combination of studio tracks and live recordings from their 85′ tour. (live @CBGBs) 16 songs. Originally released in 1990. Repress with different Mystic info on back of jacket. Brand New Condition. Black Vinyl.

LP The Lords Of The New Church...