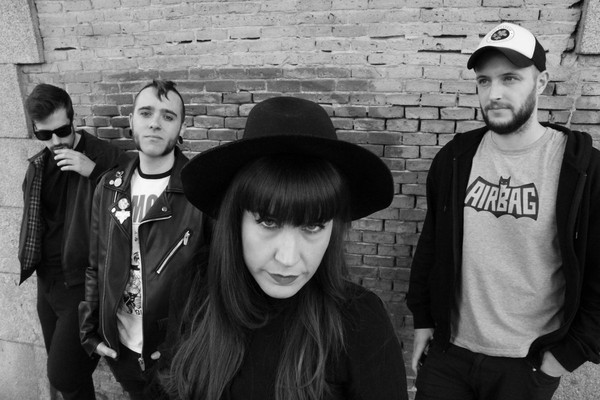 Label: Inhumano ‎– INH074, Up The Punx, United We Stand, Killer Pandereta Records, Animal, Mass Production, Incendiaria
Format: vinyl, 12″, 45 RPM
Country: Spain
Released: 2020
Recorded, mixed and mastered by Chuchi (“Como Churros Producciones”) between June and October 2019.
All songs have been created by BARRENFIELDS except ‘Thirteen’ (Glenn Danzig/Johnny Cash).
Barrenfields – punk-rock band, Madrid (Spain). Barrenfields play a raw punk in the vein of the Misfits but sounding in accordance with these times as well. The blues-like voice of Grace reminds us of Glenn. New band, new record on Inhumano.
Another great band from Madrid. Full throttle tuneful punk rock. There is a lot of MISFITS/DANZIG worship going on here in the vocal style and it’s adding alot to the greatness of this album. This is less hardcore-punk but perhaps more to file under blues influenced punk. Not unlike THE GITS and as said, the MISFITS… without the horror punk and make up. Good stuff…
Další informace
Hodnocení (0)