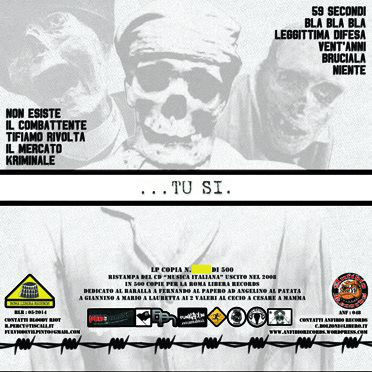 Their self-titled album was published in 1985, with the collaboration of Giulio Tedeschi and Meccano Records.

They performed mainly in community centers (such as the Fort Prenestino in Rome). In business for much of the eighties, the group broke up around 1987.

In 2000, back to activities, registering 3 unreleased tracks written during the ’80s (but not published at the time) and add them to ‘Disubbidisciti’, CD album released in 2001.