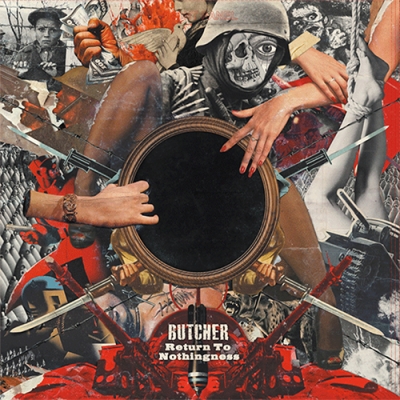 If you are familiar with their debut „Holding Back the Night“ LP you have some idea what to expect here. For those who have not heard the band, expect some powerful, genre expanding hardcore punk from a group with members in Florida, Texas, and Japan.

The band is fronted by Jack Control, from the same WORLD BURNS TO DEATH and SEVERED HEAD OF STATE with Jon Weisberg from ASSHOLEPARADE, LIFECHAIN, RELIGIOUS AS FUCK, STARVATION and WORLDS providing Drumbeats and on guitars are Adler Moore (AGHAST, LIFECHAIN, HERETIC) and Souichi Hisatake (GUDON, FORWARD).

This second record takes the sound they crafted on the first LP and ramps up the power, tempo, and raw punk aggression. Ten tracks of pure fucking raw/thrashing hardcore punk paying homage to POISON IDEA or G.I.S.M.!