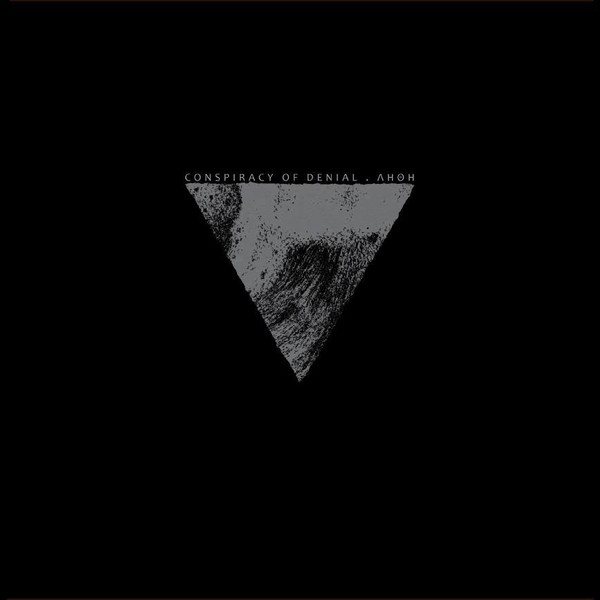 Label: Scarecrow – SCR#38, 7inch – 7inch 004
Format: vinyl, LP, Album
Country: Greece
Released: 2017
Aggressive yet sometimes melodic female fronted Crust vs blackened HC/Crust. 8 page booklet. Lmtd 500 on black vinyl.
Two bands from Greece, and two different takes on dark hardcore – of a style associated with Oathbreaker, Svalbard and Baptists: thick, heavy and crushing; mixing up doom with thrash, protest punk and post rock (with pic-slides!). Λιθη translates into Lethe, (which, going back to their self-titled album of 2014, is how I’ve always known them). I don’t know why – something in their water, or in their shared mindset – but Greek punks seem to really excel at this kind of churning, wide-screen blackened hardcore. Likewise Conspiracy of Denial. I wouldn’t normaly draw attention to the gender of a band member, because it’s rarely relevant, but in this instance the vocalist adds her own interesting tone to an otherwise familiar style of sound, and that really ups the interest. (Land of Treason)
Další informace
Hodnocení (0)