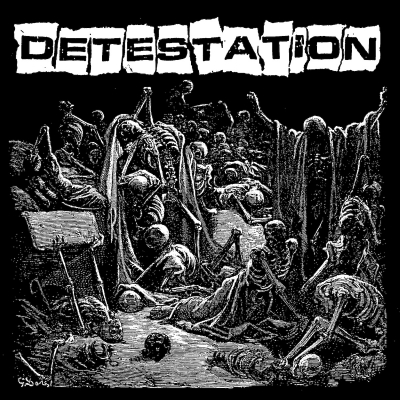 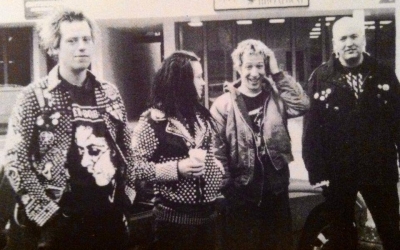 Detestation was an American hardcore punk / crust band with female vocals from Portland, OR. They formed around 1995 and broke up around 1998.

A final repress of the mid ninties classic Skuld release of Portland’s DETESTATION. An absolutel classic of nineties anarcho-hardcore punk that sounds like a mix between Nausea & Sacrilege with some influences from old Swedish bands and highly angry socio-political lyrics.

Existing between roughly 1995—1998 or so, Detestation was a rather surprisingly prolific group during that time. This repress of the band’s 1998 self-titled LP collects some of their finest material.

Though the mandatorily interconnected Portland lineup contains pre-/post- ties to Defiance, Masskontroll, Resist, Hellshock, and Severed Head of State, among others, Detestation’s rather commonplace brand of 90’s crust punk remains a well rooted benchmark for the scene, and with good reason. Thanks in no small part to some scorching female vocals with great vocal arrangements, the band’s lightly metallic power chords tended to be a little tighter and more memorable than most, thus Detestation is rightfully remembered as one of the finest of the genre. (Original txt Aversion Online)