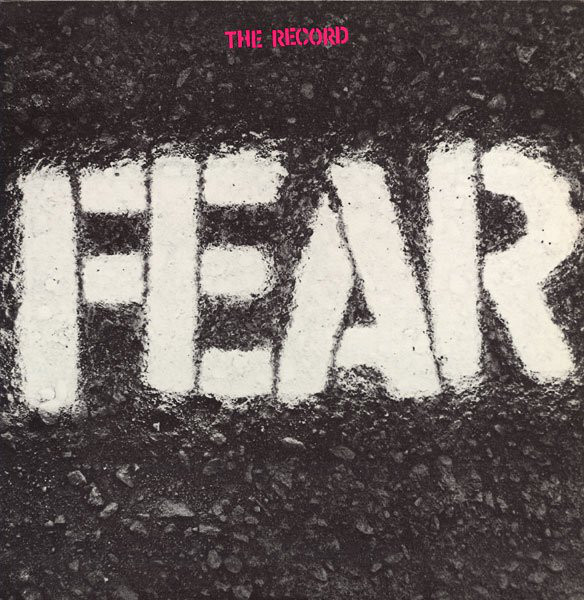 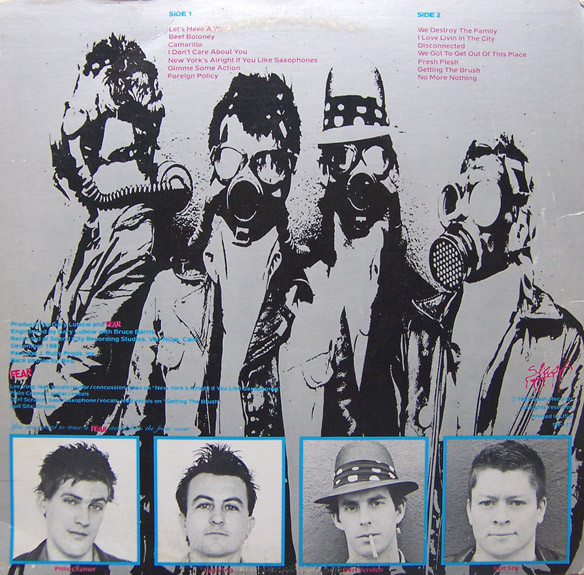 Fear is a punk rock band formed by vocalist/guitarist Lee Ving and bassist Derf Scratch in Los Angeles, CA, in 1977. Following the release of their first single, drummer Spit Stix and guitarist Philo Cramer joined the band and, for many, this constituted the “classic” Fear line-up. The band’s reputation grew after appearances in the movie “The Decline Of The Western Civilization” (where they antogonized a San Francisco crowd nearly to the point of riot) and on a 1981 episode of “Saturday Night Live”.

After the release of their first LP, “The Record”, in 1982, Ving fired Scratch and the band went through a number of bass players, including Flea of Red Hot Chili Peppers fame (this line up, however, did not release any material). In 1993, Spit Stix and Philo Cramer quit the band after a financial dispute with Lee Ving. Ving returned in 1995 with a new line-up and a new Fear album. A follow-up record appeared in 2001. Ving continues to tour under the Fear banner with drummer Andrew Jaimez (who joined in 1995) and a number of different guitarists and bassists. In 2018, in celebration of the band’s 40th anniversary, Spit Stix and Philo Cramer returned to the band.