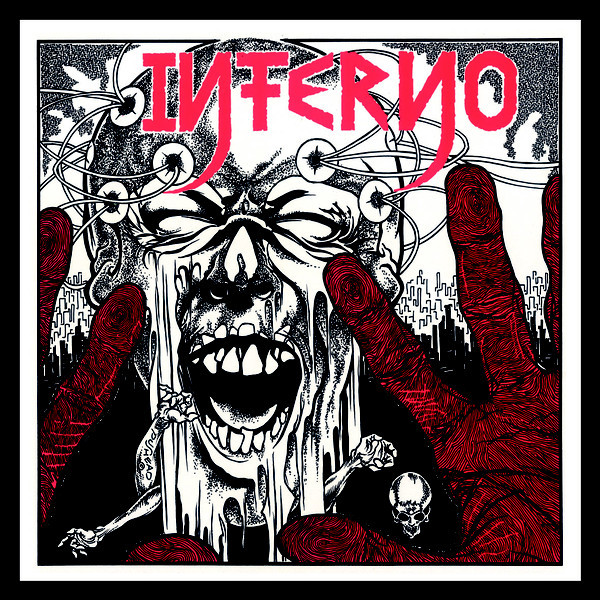 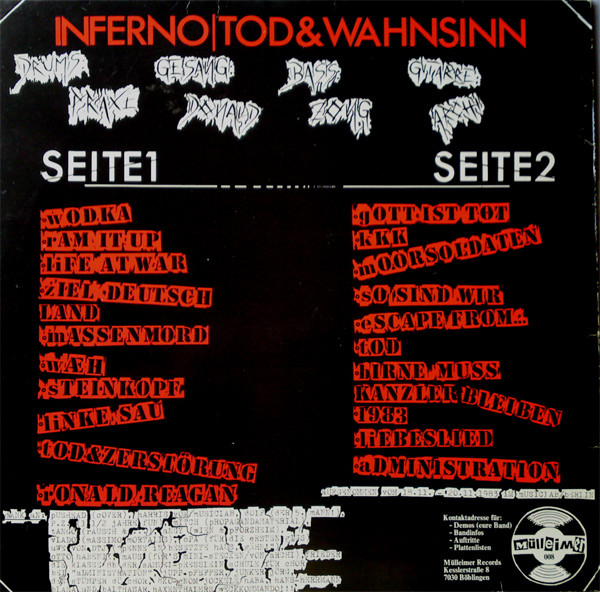 Officially repress for the very first time! This classic debut LP of INFERNO (from the Bavaria area of Germany) was probably the most trending hardcore album in the eighties! Originally released by the infamous MÜLLEIMER RECORDS this was a milestone of German hardcore punk and most likely the fastest band around that time! Recorded end of 1983 at the „Music Lab“ in Berlin by Harris Johns. 20 tracks with a brutality and speed never heard before at the time being. Responsible for the artwork was no one else than PUSHEAD himself. – This reissue is completely remastered and reworked with being as close to the original as possible. For the first time with the original booklet that never made it into the original first pressing in 1983.