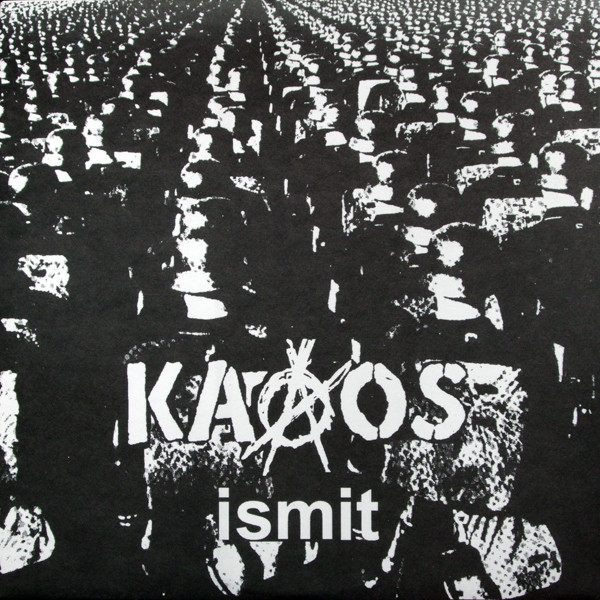 KAAOS seems to be the most well-known finnish HC punk band from the early 80s. They were formed in March 1980 in the city of Tampere. KAAOS were one of the first HC punk bands in Finland to release a record. The first band has been RATTUS. The style of the band can be described as raw, noisy and very pissed of hardcore with buzzsaw thrash riffs, reverby vocals, all over the place drumming and plodding bass. Influences were drawn from UK and US hardcore bands. The band’s line up changed a lot. The only original member Jakke (at first guitarist and later vocalist) and center figure of the band died in November 2007 (he apparently died of extreme alcohol abuse at the age of only 42), which meant the end of the band.

The original version of “Ismit” was released on a 10″ on famous FIGHT RECORDS (fin) in 2001. This LP comes on Black vinyl and is housed in nice gatefold cover.