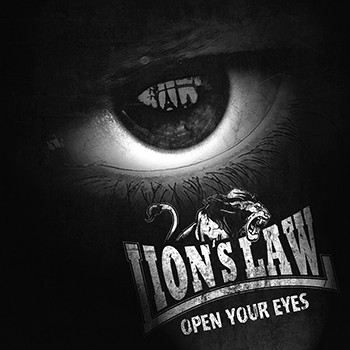 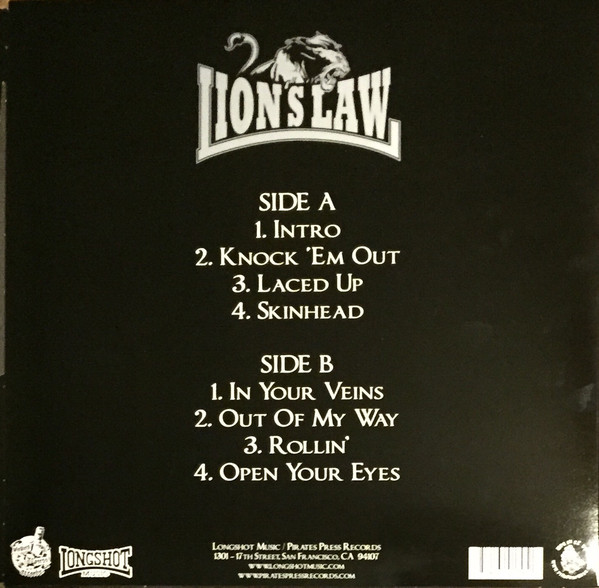 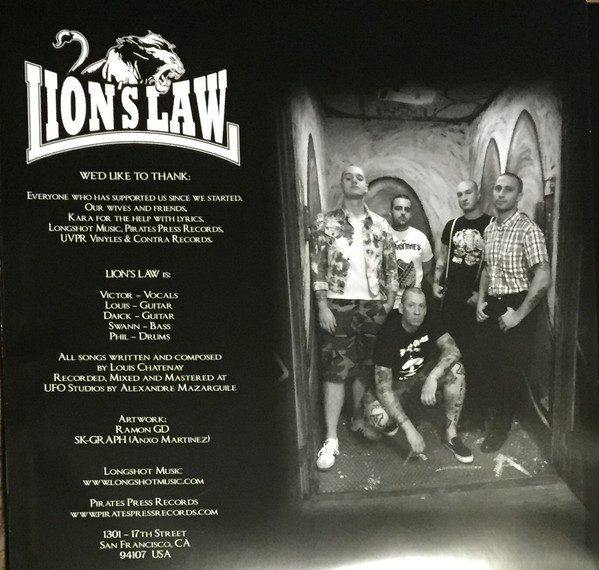 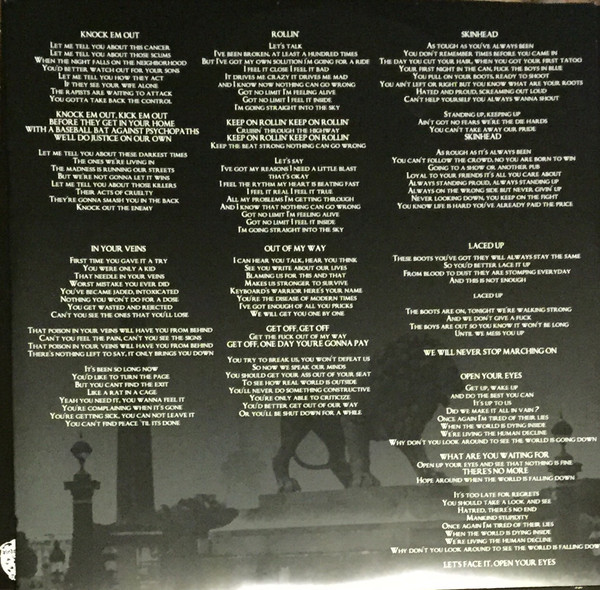 Label: Longshot Music ‎– LS12151, Pirates Press Records ‎– PPR138
Format: vinyl, 12″, Mini-Album
Released: 2015
The artwork is completely black and white.
Having formed only about 2 years ago, LION’S LAW have quickly established themselves as one of the elite modern skinhead streetpunk bands alongside BOOZE & GLORY, EVIL CONDUCT, BISHOPS GREEN and THE TEMPLARS. From their debut show in a squat in Paris in the summer of 2012, LION’S LAW are now consistently playing to (and even headlining) full rooms all over Europe!
Formed by members of the popular French band MARABOOTS, LION’S LAW took a direction equally as influenced by classic UK Oi! bands like LAST RESORT as much as classic French bands like WARRIOR KIDS and CAMERA SILENS. This fusion creates a unique sound that has met with success not only across Europe, but also here in the US and elsewhere.
Amidst a full docket of European gigs and festival performances, LION’S LAW even pulled off an unbelievably successful East Coast US tour (Sept 2014), and have a lot of other great dates filling up this year’s calendar.
This release will include a digital download and „Laced Up“ flexi.
Další informace
Hodnocení (0)