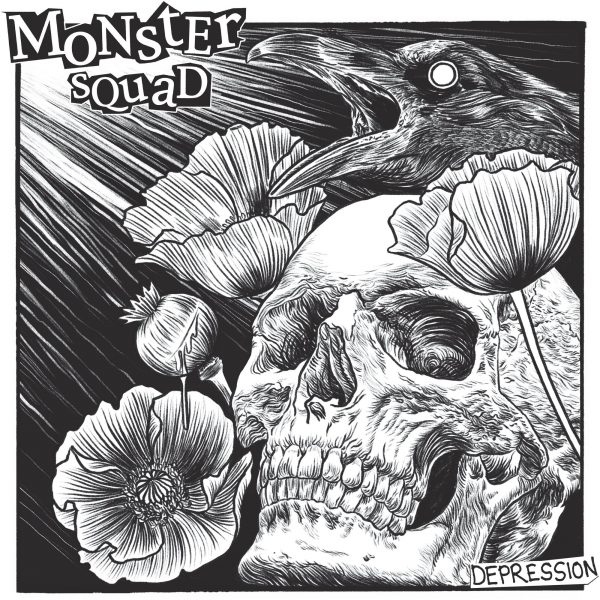 Monster Squad was formed in 1997, and after self-releasing a few tapes, a 7″, and a CD in the late 90’s/early 00’s, they’ve released records with Rodent Popsicle Records, Burnt Ramen Records, Charged Records, Punk Core Records, Glue Rot Records and now Pirates Press Records in the USA (not to mention TSOR Records, Razorblade Music and Voltage Records in Europe).

In addition to some amazing artwork by Winston Smith (DK logo, Green Day), the band collaborated with Bryan Lothian (A Global Threat) and Mike “Rufio” Kadomiya (Life Is Posers) to throw some pretty incredible finishing touches on this extremely well thought-out release!

“Depression” is a soundtrack to our intelligent screams at the world, and ourselves; it’ll pick you up and set you back in motion, spinning around in that circle pit of life with the energy and heart of a teenager all over again!