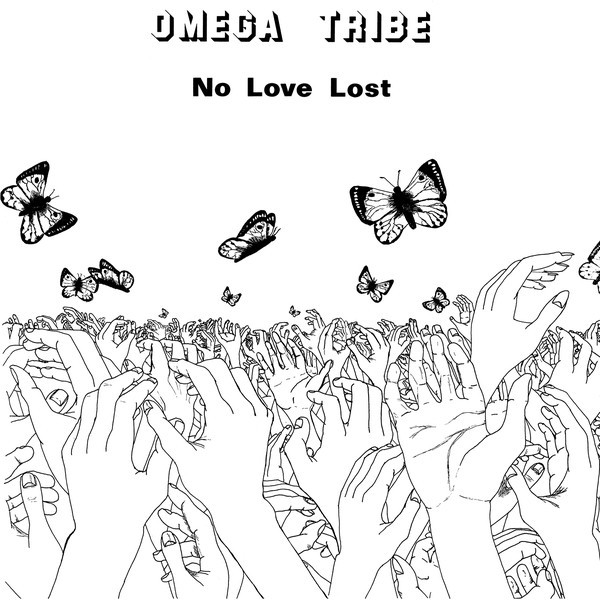 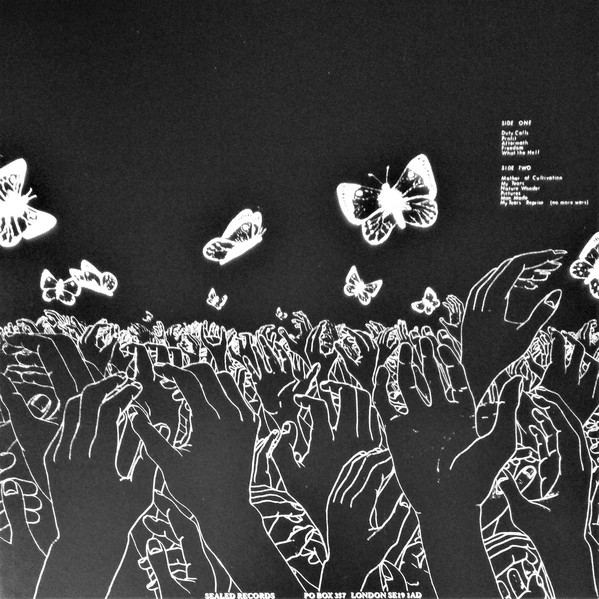 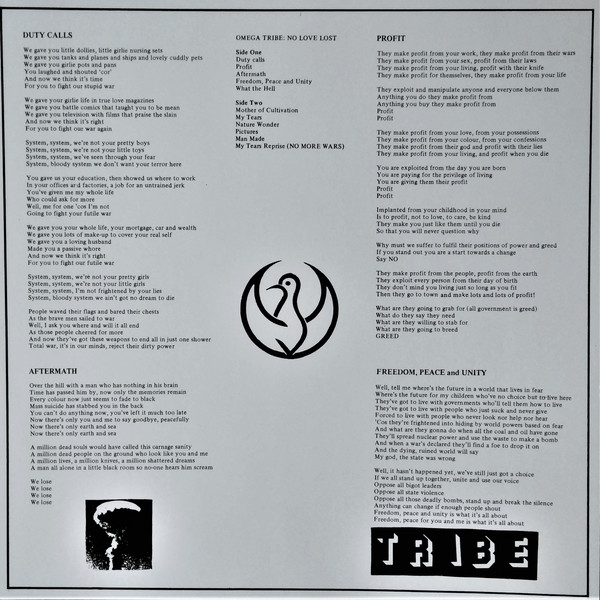 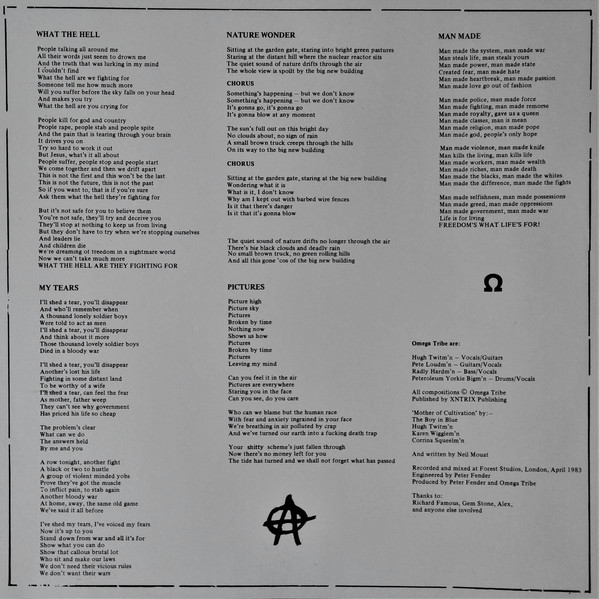 Track A4 is listed as “Freedom” on the back cover but as “Freedom, Peace And Unity” on the A-side center label and the inner sleeve.

Their first demo was recorded in March 1982. It found its way to the member of Crass, who selected the song “Nature Wonder” for the Bullshit Detector Two compilation. They recruited Pete Fender on guitar later that year and promptly recorded their first EP, “Angry Songs”, which was produced by Penny Rimbaud and Fender for Crass Records . When it was released in April 1983 the single did well on the Indie Chart. This success was eclipsed by the follow-up LP “No Love Lost”, released on Corpus Christi and recorded for a mere £300 at a 24-track studio called Heart and Soul.

Lineup and direction changes dogged the band over the next year or so: Fender quit in early 1984, Sonny Flint joined on drums while Shepherd switched to percussion, and a woman called Jane joined on sax and flute. A new single titled “It’s A Hard Life” came out in 1984 and proved to be their final release. The single was another Indie Chart hit, and sold well.

The band reformed briefly to play Vi Subversa’s 60th birthday bash at London’s Astoria 2 in June 1995, and also played at the first Holidays in the Sun 1995.