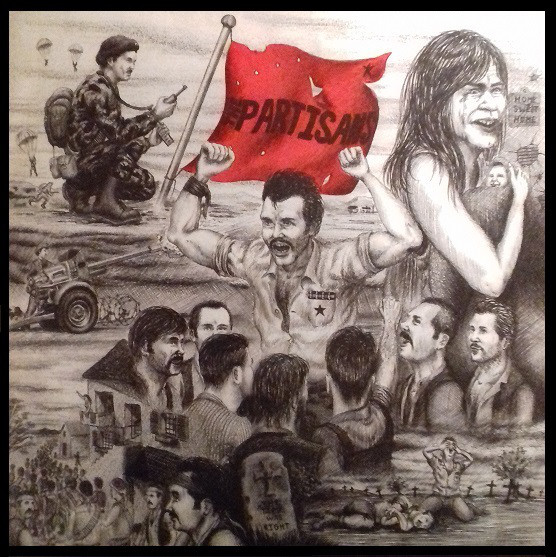 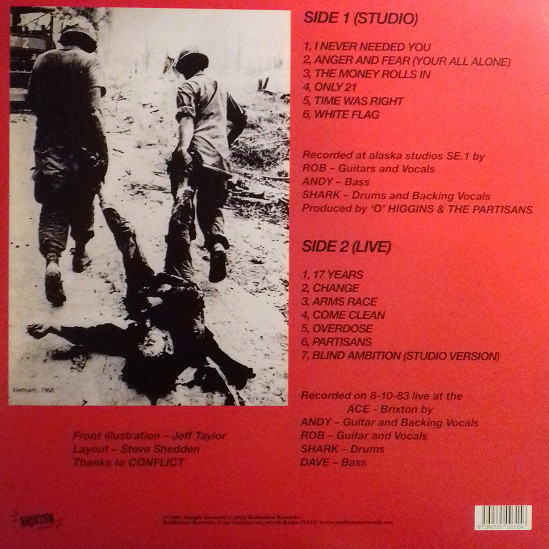 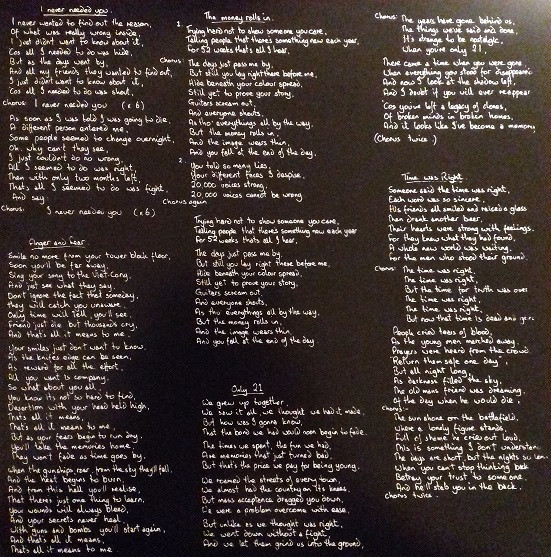 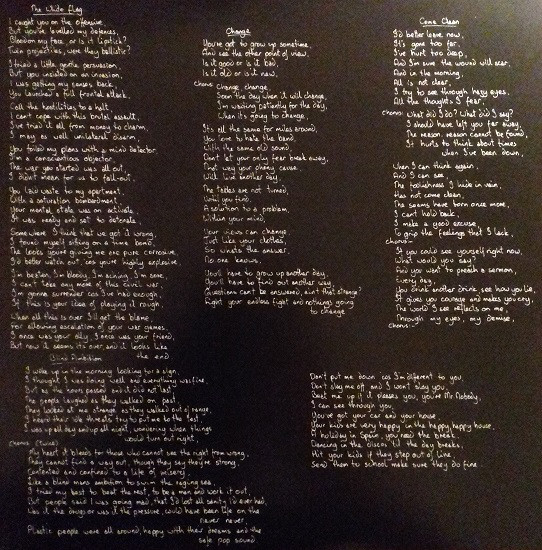 LP The Partisans ‎– The Time Was Right

LP The Partisans ‎– The Time Was Right

Label: Radiation Reissues ‎– RRS48
Format: vinyl, LP, Album, Reissue
Released: 2015
Thanks To Conflict
Comes with lyrics insert.
Side 1 (Studio) recorded at alaska studios
Side 2 (Live)recorded on 8.10.1983 live at the ACE – Brixton
Punk rock band formed in 1978 in Bridgend, South Wales, UK.Entered the 123 Studio in Cardiff, 1981 to record their first demo, copies of which were sent to Garry Bushell, who championed them in Sounds and invited them to contribute to the Carry On Oi! LP.