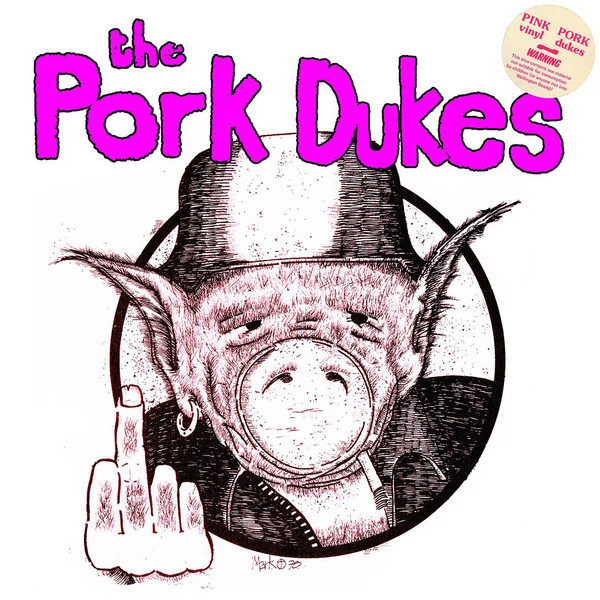 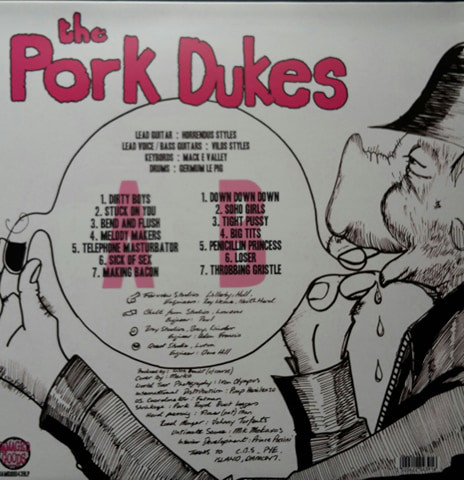 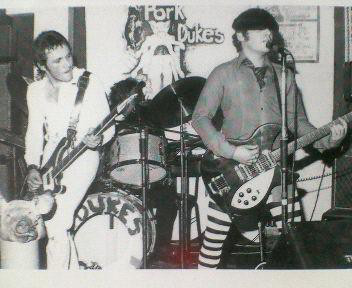 The Pork Dukes are an English punk rock band, formed 1976 during the first wave of British punk in London, England.

Due to the lyrical content of their recordings, the band struggled for airplay, though BBC Radio 1 DJ John Peel was a fan.

Following the release of the studio album Pink Pork and three singles on Wood Records, the band broke up in 1979, with the album Pig Out of Hell being released posthumously by Wood somewhere between 1979 and 1981. Bonk (aka. Rocky Rhythm) later played for The Revillos, Tenpole Tudor and The Damned frontman Dave Vanian´s Phantom Chords.

In April 2001, the Pork Dukes reformed with Max Styles on drums and Andy Pandy on bass to record „Save the Pigs“, following the foot and mouth outbreak in the UK. Bonk (aka. Rocky Rhythm) rejoined in 2002 and the band recorded the live album Squeal Meat Again at the Cartoon Club in Croydon, South London. In November 2002, the Styles/Styles/Styles/Pandy line-up embarked on the band’s first US tour taking in eight dates in Pennsylvania and New York supported by The Clap. New member Vince Santini (ex-The Revillos) joined on bass guitar / vocals in 2003 after Pandy left the UK. They continue to record and tour.