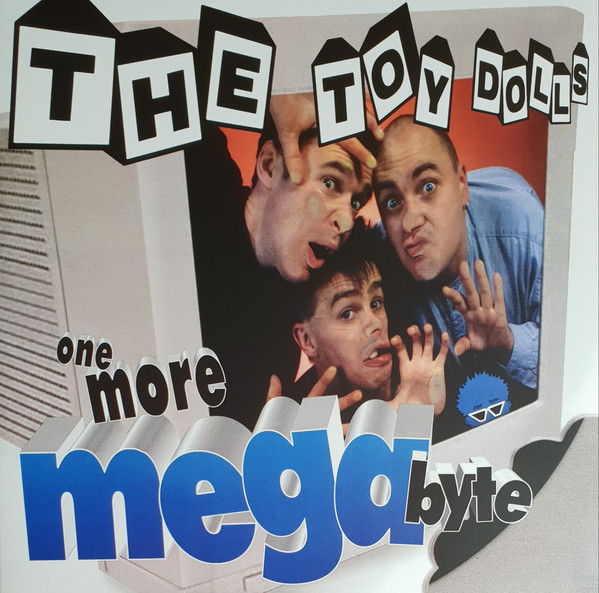 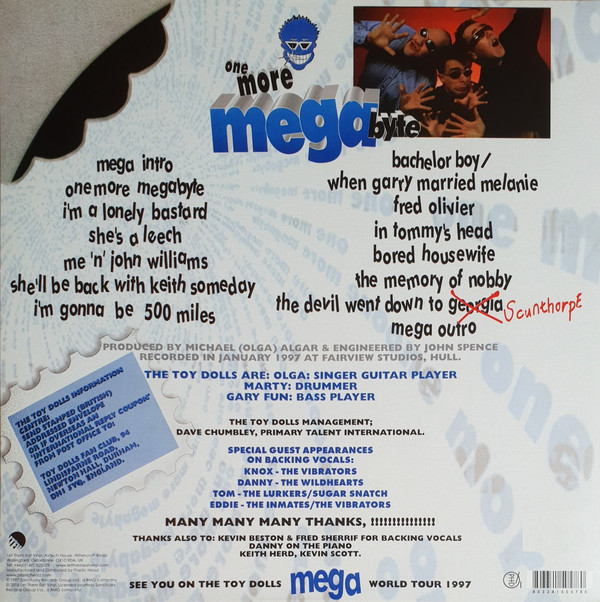 DELUXE VINYL EDITION!!!
“One More Megabyte” is the ninth studio album by the English punk rock legends TOY DOLLS. The album continues the band’s humorous approach to punk rock and Oi! music. A key concept to the album were the increasing popularity of computers, with the album cover, album title and several tracks referring to them. The title track itself refers to a young man obsessed with playing computer games who requires “one more megabyte.” Other topics on the album include the quarrels of lovers, the subject of at least four songs, “snotty” Shakespearean actors and “lonely introverts.” The album also contains several cover versions, including The Proclaimers’ “I’m Gonna Be (500 Miles)”. The songs on the album begin and end with brief comedy sketches, or “skits” that relate to the songs, which in the words of one critic “put a wonderful novelty “spin” to the album.”