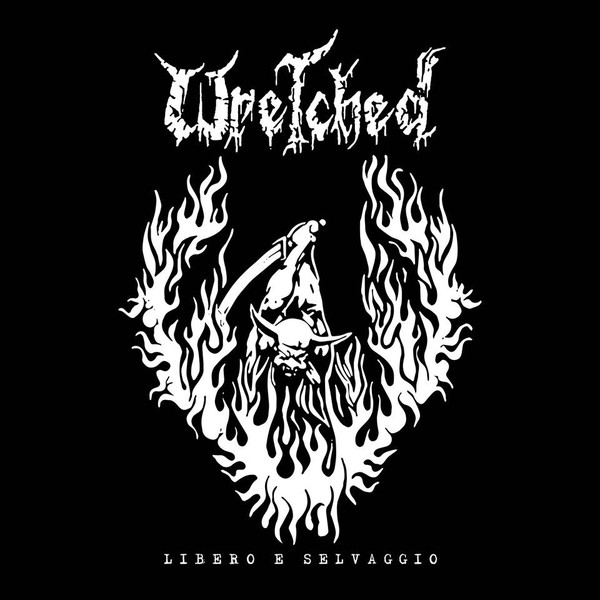 To celebrate our release number 100, Agipunk is proud to announce the world that we’ll be officially putting out the first and only Wretched singles collection approved by the ex members of the band. Forget all the bad sounding bootlegs and all the cheap quality products that have been released so far, this one’s gonna be a real blast! The collection will include the split 7″ with Indigesti, the „In Nome Del Loro Potere“ 7″ EP, the „Finirà Mai“ 7″ EP and the „In Controluce“ single 7″. The songs will sound better than ever as the original records and tapes have been remastered for delivering a new vibe of destructive CHAOS NON MUSICA!!! The record will be pressed in 1000 copies and will come in a nice gatefold cover with tons of never seen pictures of the band playing, travelling, demonstrating and having fun.
Wretched were a hardcore-punk band from Milano, Italy. Active in the 1980s, they formed at the very beginning of the Italian punk scene, alongside the likes of Indigesti, Eu’s Arse, Declino, Peggio Punx and Quinto Braccio.

Inspired by Discharge, Crass and Disorder, Wretched became very well known in Italy and Europe for their violent, chaotic music, and the screamed, furious lyrics of their songs.
Their official slogan was „Chaos, non Musica“ (= Chaos, not Music).